When You Need It Most 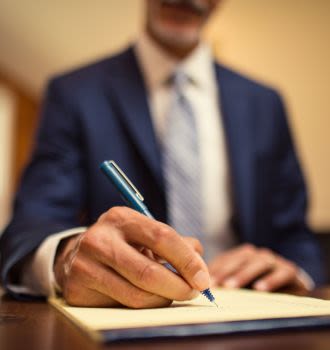 An Ohio native, born and raised, James Proctor graduated from Kettering Fairmont West High School before pursuing his undergraduate degree at Ohio State University. He received his bachelor’s degree in Agriculture and Ornamental Horticulture in June 1974. Upon graduating, James worked as a landscape designer in Norfolk, Virginia, and the Lima and Findlay areas of Ohio.

After a few years, he decided to seek a major career change and was admitted to the University of Akron School of Law. James graduated with his law degree in June 1980.

"I'll do everything I can to help hardworking individuals get the compensation they deserve after an accident."

Beginning his career at Sani & Barnhouse in New Philadelphia, Ohio, he engaged in the general practice of law. By 1983, he started practicing at R E Goforth Co LPA, where he focused on representing injured workers in their administrative workers’ compensation claims before the Ohio Bureau of Workers’ Compensation and Ohio Industrial Commission for 13 years.

Since then, James has continued his focus on the area of workers' compensation law throughout his career — working for firms throughout Ohio such as Zwick Law Offices Co LPA and Brian Law Firm. He brings decades of welcome experience to the team at McGonegal & Struhar, joining the firm as of January 2020.